Sometimes There Won't Be Any More 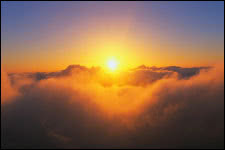 My parents had the typical mid- 20th century life. They were married in 1950 and then the 5 kids arrived over the next 14 years. My dad provided the income as my mom stayed home to raise us.

I have many vivid memories about growing up, the son of a school teacher and a businessman (hardware, plumbing, refinishing). I also remember the struggling through school with money; don't get me wrong, my folks 'loaned' me money (that I never had to repay) but I also had to get part time jobs to pay for school. The only money I had in my pocket when I started college was what I earned thru the paper route and odd jobs around the area, like “rock” picking and “corn detassling”… If you don’t know what those things are, then you have a little more to learn… I didn’t have a car, I got to college by sharing a ride with someone who did have a car.

I was fortunate in that my chosen career was in a growth area, computers... Throughout the 70's and 80's I had decent opportunities but also challenges, largely by not being in the right company at the right time. Or by not starting my own company, perhaps that path was just not for me.

In the early seventies a construction worker could afford a house a new car and his wife could stay home with the kids if she so desired, just as my mom did in the 50's. My mom went back to work in the ealy 70’s. Things were already changing .